I'll start today's post with the Stats, and then briefly go over some of today's good and bad points:

I'll go over the good points first: Avg Win was greater than Avg Loss, Largest Win was greater than Largest Loss, and finally almost 90% of today's traders were in direction of Trend. It was also nice seeing price hit 943 since that's been the expected target on this up swing for a few weeks now (refer to the Daily price charts posted over the last few weeks).

Now to the mistakes:

I entered Long at 943.25 on a Buy Stop at 10:59 AM (central); price moved up to 943.75, and then retraced down to 941.75, stopping me out at a -1 pt loss in the process. I wasn't monitoring the sectors or might have noticed the lack of participation from XLF. The monitoring of sectors resulted in a lot of missed trades over the last couple of weeks, so I figured I'd keep it simple today and was just using the 610 tick and 5-min chart. I think I should probably keep an eye on the key sectors such as XLF and XLE, but not utilize them to base specific entries/exits. It was also close to lunch time so perhaps I should've been more careful. Regardless, no big deal, it was just a -1 pt loss.

I then bought the break out again around 11:35 AM using a Buy Stop at 844.25. The 5-min chart printed a couple of dojis, and I had a couple of opportunities to exit at break-even, but I kept holding. I wasn't watching the 1-min NYSE $TICK or would have noticed the very obvious negative divergence when price retraced a bit and then moved back up to 944.50 (price moved higher while $TICK printed a lower high). The multiple dojis should also have served as a warning sign to get out at break-even when the market gave me the chance. I took this same trade later in the afternoon, and exited for a +2 pt profit but the difference was HOW price moved into that 944 area the second time around. The first time, it moved up on weak momentum, whereas, the second time around, the momentum was fairly strong, and the trade worked out. Momentum is Key for short term trading, IMHO.

All in all, an educational day (like every other trading day), and at least I was able to end it in the black. I have two of my friends coming over tomorrow for some group trading education/mentoring, so that will be tomorrow's focus. 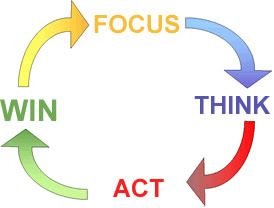