I took the day off from work to catch up on some much needed sleep (was up till 2 AM last night due to work). I got out of bed right around noon, and didn't really plan on putting on any trades, but got up and checked the charts. ES was trading in the low 830s (the thought of staying up all night last night and shorting ES in the mid 850s crossed my mind but I was too burned out to stay up). It looked like the downside was limited at 830, so I stepped away to shower and get ready. I had to be somewhere at 1:15 PM so didn't really have much time on my hands, but after I got ready, I ended up back in front of my laptop with my trading platform fired up. I shouldn't have even started up my trading platform since I literally had 10 minutes before I had to leave, but saw price trading below the mid-point and it was having trouble breaking the 836-838 area, so I decided to scalp it short at 838.50. Got stopped out a minute later for -2 points; I deserved that. And that brings me to another common sense rule: Do not put on a trade if you're on a time crunch! $100 for a rule that could save me thousands down the road; not a bad deal in the grand scheme of things :-)

I came back from my errand around 1:35, and went back to the laptop. I saw ES testing the mid-point, but was unable to reach the 1st hour low of 845, which signaled weakness. Price tested the mid-point and went lower, and I initiated a short at 842 on the re-test. The short was good for 4 points, but I bailed at +2.75 points. One thing to note here is that I was pissed off when I got back to my laptop, for reasons unrelated to the market. I think being angry allowed me to just trade the charts and not give a shit about the P&L...I honestly didn't care about P&L when I took that trade. I saw the setup, executed and fully accepted the risk. Now I'm not saying trading while pissed off is a good idea; quite the opposite, but being completely detached from the P&L allowed me to make a quick scalp based on the charts. The resettable volume trend was at 838, and given the strong move up, I didn't want to overstay my welcome.

All in all, it has been an educational week. The plan for next week is to focus on execution and improved discipline. I'll also be creating a new post to keep track of my trading rules, and this will be a working document updated as often as needed. Have a good weekend! 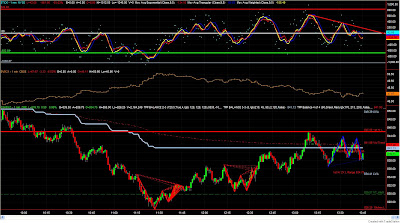 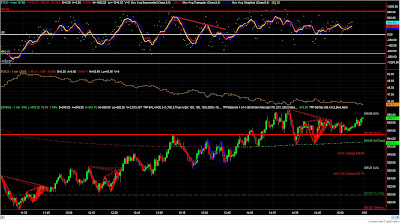 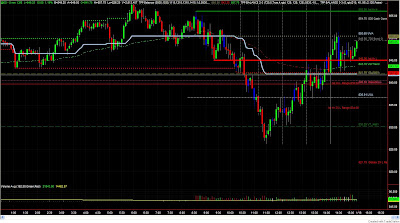 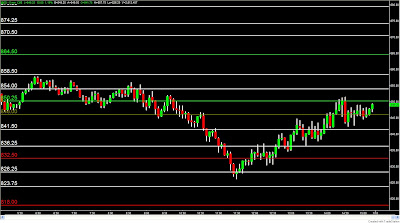 I encourage everyone to sign up for Joe Baker's Daily Levels. The levels are sent out every night for the next market day, and provide a very accurate map of the markets (ES, NQ and YM). By the way, this is a free service! I know of another company that charges $550 for a similar service.
Posted by E-Mini Player at 1/16/2009 01:57:00 PM