Two gap-and-go days are quite rare, so I was anticipating a gap fill this morning, which we got right from the open, and which is exactly why I didn't trade it. I'm really starting to question whether I should sit out the first 30 minutes, or just be more cautious during that time. The best trades over the last two days were right at the open. I was able to take advantage of the morning pullback taking some stabs on the short side in the 825-830 area; I was too quick to bail on my trades since staying in the trade too long resulted in losses yesterday. Because of being overly cautious and moving my stop-loss to break-even too quickly, I was up only 2 points in the first hour and it took me a few trades/scalps to get there. Terrible! At the very minimum, I should be shooting for +2 points on each trade, ideally the targets should be +3, +5, +8 pts. Things got better for me after the first hour, and I started trading to the Long side, and made a couple of trades for 2-3 points in the 835-840 area. 839-842 was a resistance zone, and I was able to trade it to the short side, by selling at 840 for +2 pts, and then again at 838.25 for a couple of points. I'm glad I was able to trade it on both, the long and short side, as opportunity presented itself, and I was able to keep the trading/risk fairly tight. I don't know the exact amount of my gain today since my execution platform crashed in the afternoon wiping out the trade history, but I can count at least 5 trades where I exited for +2 points, so I know I was up at least 10 pts; probably more like +13-15 pts today.

I experienced some issues with TradeStation this morning, where the charts would freeze or the order execution wouldn't work. I tried exiting one of my trades at break-even but kept getting the "Order Rejected" message, which turned a break-even trade into a 3 point loss. Going forward I'm going to start using the Infinity Futures trading platform in Live Simulation mode. The only drawback is that I won't be able to post a trade chart with the exact entries/exits, which TradeStation plotted automatically for me. I'll try marking up my trades manually but that could become quite a pain. We'll see.

The final point I want to make is, PRICE ACTION trumps all! Being aware of price action (swing highs/lows, higher highs, higher lows, lower highs, lower lows) makes trading a much more relaxed activity since you have TIME to analyze and react to the price action. This is still something I'm working on, and that's why even on days that I don't place any trades, I mark up my charts in order to better understand price action. 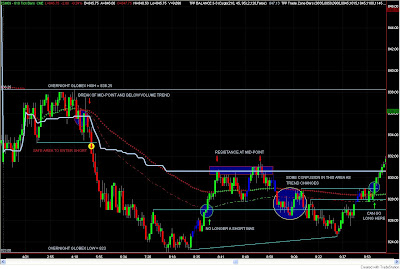 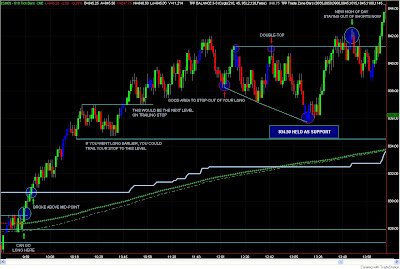 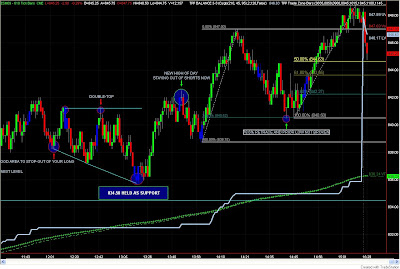 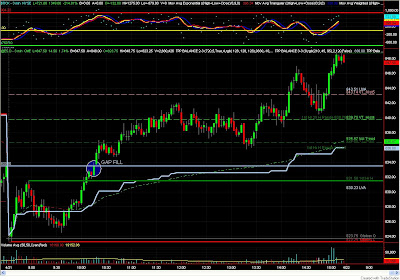 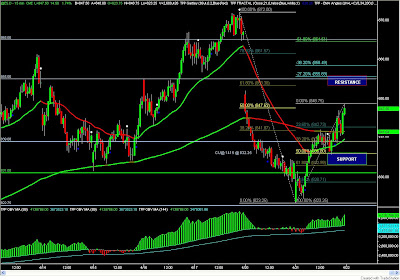