I don't like trading days like today where there's a quick parabolic move followed by a slow grind. I've seen these types of days before so I traded it as I knew best, which was by identifying the consolidation ranges and buying towards the bottom of the range. I'm glad I didn't attempt to Short the move, although I have to say the temptation was most certainly there. The disappointing part is, I had a Buy signal at 885 prior to the Consumer Confidence news, but didn't take it because I saw (perceived) weakness in the Energy sector (XLE). Perhaps I'm putting too much weight in the Energy and Financial sectors, and should just use them as a general barometer, rather than a criteria for trade entry. Any thoughts on this would be appreciated.

Trade #1
Entered Long on small pullback at 900 around 9:30 AM (central). Moved stop-loss to break-even when position went 6 ticks in favor. I was stopped out at break-even a few minutes later, and price moved 4+ points in my favor immediately after I was stopped out (doh!) 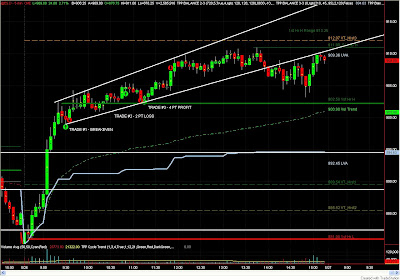 
Lot of Econ News out this week so there should be plenty of volatility in the markets. Expecting support at 893 and resistance at 916 and 923. Existing Home Sales data out at 9:00 AM tomorrow. Btw, I won't be trading tomorrow since I have to head to Downtown to take care of all the paperwork for the new job.

ES (Daily) - Today's bullish candle on the Daily took out the bearish movement of the previous 3-4 sessions. 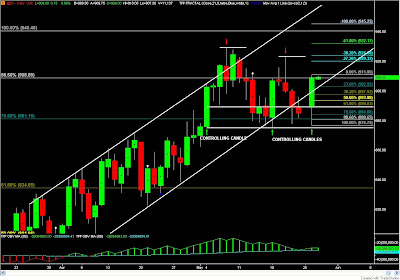