When I was working full-time, my trading method comprised of taking counter-trend scalps for quick wins. But now that I can spend some focused time in front of the screens, I've been working on adapting to a trend-following method, where I wait for confirmation of trend and then enter a trade on a pullback, in direction of trend. The trend is defined using the 3 minute and/or 5-minute chart, and a micro-trend can be defined on the 610-tickbar chart. I got to the screens around 9:30 AM and traded the morning fairly well, initially taking shorts, and then switching to longs when 775 area began to show signs of support. I also realized that the 780.25 level was acting as resistance (it was the mid-point of the market), and I posted a message on my Twitter page saying "I'd like to see a break of 780.25 before I enter Long again". The thought process was IF 780.25 breaks, THEN enter a Long position. What was missing from that thought was the ELSE condition, and that was my down fall and one of the reasons I gave back the +$237.50 morning gain later in the day. I recognized 780.25 as resistance, but since my thought process only had the IF condition supporting my Long bias; the idea of shorting that level elluded me. I should have either shorted that level when price couldn't break through it, or introduce another IF condition along the lines of: IF price breaks down through 775 THEN enter short! Trading really can be as simple as identifying trend, and then setting up a couple of IF/THEN/ELSE statements in your mind to react to the price action. Sorry if all the "if/then/else" talk sounds weird, but I'm a Data/Software Architect, and this makes a lot of sense to me. I'd love to hear your thoughts on this. I'll be working on incorporating the ELSE condition into my thought process starting Monday. The other reason (and probably the main reason) I gave back the morning gains was lack of discipline. I started going against the trend and entering Long positions trying to catch the bottom. I should have waited for the market to confirm the end of the down trend before entering Long. Ideally, I should have shorted the pops all the way down, and then entered Long once the market confirmed a reversal in trend. To summarize, I traded the morning fairly well, and switched to trading like an idiot later in the day. The only smart thing I did was shut down the charts when my P&L got back to $0.00. 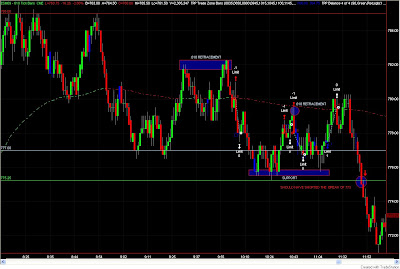 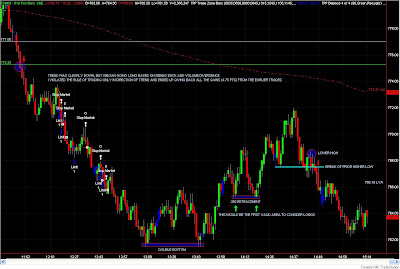 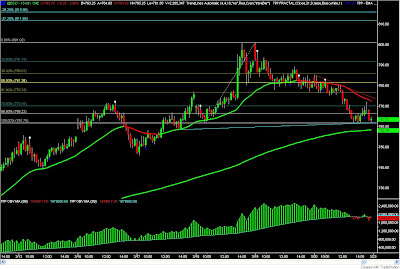 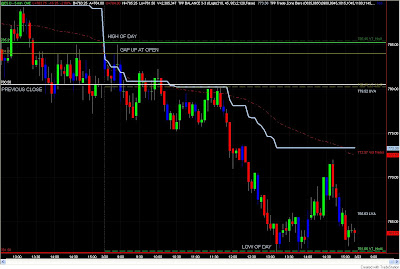 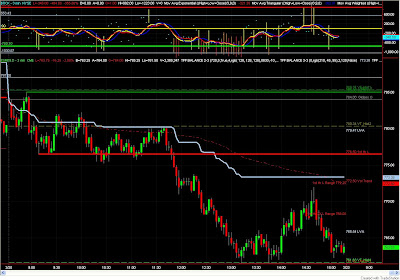