I lightly traded the PM session today (was busy and distracted with non-market related activities most of the day). I think I did a good job of putting biases aside and trading with an open mind today. I mentioned in yesterday's post that I was expecting continued up-side, so I went Long at 818, slightly above the mid-point. My target was 828 but at the time it looked like price was hitting resistance at 824.50, so I exited at 823 for +5 pts. I should've re-entered long on a pull-back but price often re-tests previous S/R so I stayed out. After price topped out at 829, I scalped it to the short-side for some quick wins. I was aware that the major trend was UP, and price was above the mid-point, so kept the short scalps tight. Support was developing at the 823 level, and I figured if we broke 823, price would re-test the 818 level so I scalped some more on the short-side but didn't really hold out for any large gains due to the underlying strength in the market. I should have gone Long in the late afternoon once price broke out above 823 but I was busy with other stuff and didn't want to give away the earlier gains. Ended the day with a +7.50 pt gain.

Some thoughts for tomorrow. XLF closed above mid-point, so we're starting to see some participation from the financial sector, but not nearly enough. XLE closed below its mid-point, which isn't a good sign for this rally. I would like to see participation across tech, financials and energy. We also now have an open gap at 808.25, which could very easily get filled tomorrow or early next week. I'm aware of the open gap, but am not going to put too much thought/value in the gap-fill play just yet. 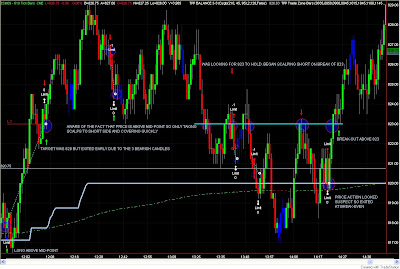 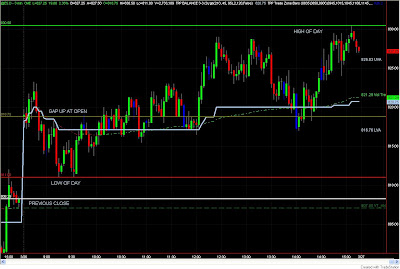 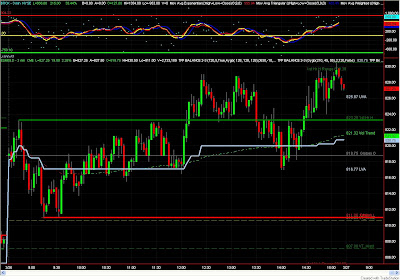 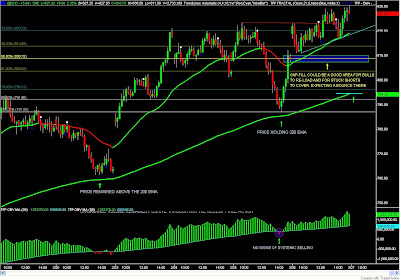