Given the last couple of week's price action, I was cautious trading to the short side (obvious by my consistent effort to BUY last Friday), but I wasn't bullish enough to go long as often as I should have today. I scalped for +2.25 pts to the short side right off the open due to weakness in XLF at the time. I then entered a short position at 792.25 because ES broke the 791.50 area. What I failed to notice was that ES broke that level just by a TICK, and it cost me -2 pts! I should have waited for a decisive break and then entered on a retracement. Lesson learned (again). I corrected that mistake by going Long at 794 on the .618 retracement of the next up swing. I had to leave the house for a bit, so exited early for +2 points (target was 800). When I returned to the screens around noon, price had been drifting down/sideways, and was below the 50% level, and overall looked pretty weak, so I entered short at 797 but was stopped out at 798.75 (-1.75 pts) two minutes later, on what looked to be a stop-run. All the indicators were pointing down, so I re-entered short at 797.25 and covered at 794.50 for +2.75 pts. I had to attend a birthday lunch so closed down a little past 1 PM with + 3.25 pts on the day, with a profit factor of 1.76 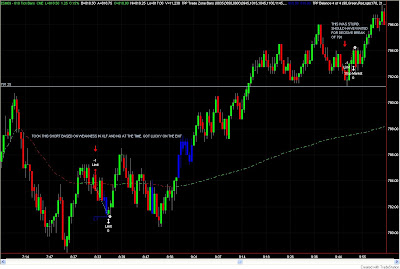 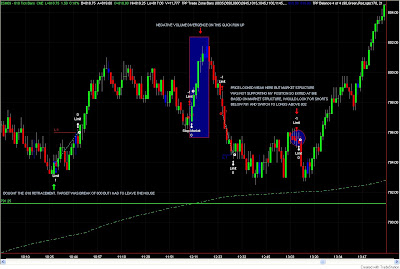 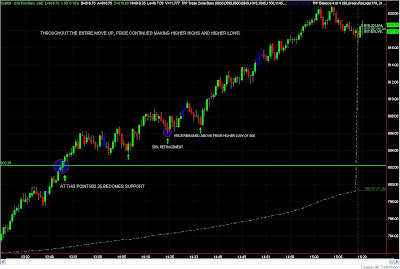 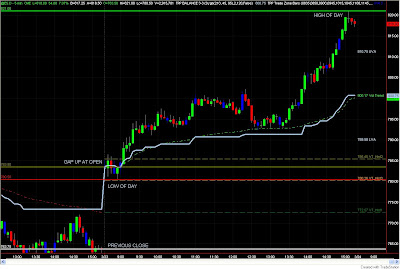 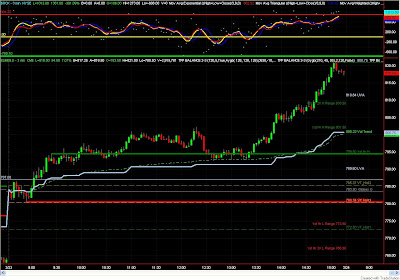 ES 15-Minute - Price could easily retrace to the 791 area and still be in an up-trend. 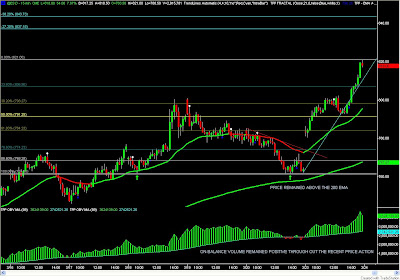