Closing the charts early today (12:03 PM) with a nice gain of +$740.90. I'm not too excited since I did put on 5 contracts on one of the trades which provided bulk of the profit. I don't normally add to a losing position but I did just that today; I had a hard-stop 1 pt below support, and added to the position when it went against me, and when it went in my favor. Just wanted to experiment with a little more size (I was trading up to 12 contracts in my real $ account back in 2004 so 5 contracts is not out of the question in the real $ account). The key takeaway from today is to stick with the trend, and patiently wait for the market to show its hand before entering a new position. I jumped the gun on my earlier short trades, but was quick to bail for break-even or a tiny gain since I realized I wasn't being disciplined and was entering early before the market provided confirmation. Once I got confirmation, I entered and exited for a quick +2 point gain. Probably should have held on to it for a bit longer, but I have been coding all morning for that IT project which I have to push to Production today or tomorrow, so need to get back to that.

The Blog will be quiet for 2 weeks since I'm leaving this Sunday on a 2-week trip to Geneva, Paris and Dubai. I'll be back in the good ol' U.S. of A on Sunday April 12th, and will resume the regular postings later that week. See ya! 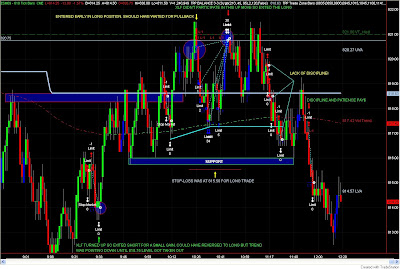 Open/Unfilled Gap Above at 827.25 - Price came down so close to the previous open gap at 808.75 that I consider that gap filled at this point. 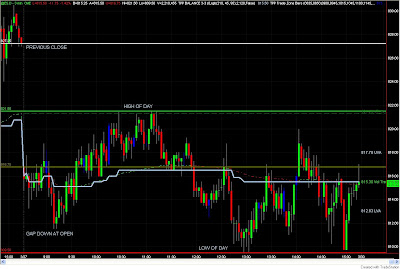 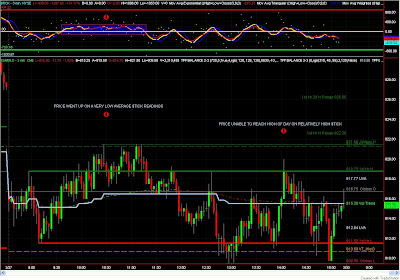 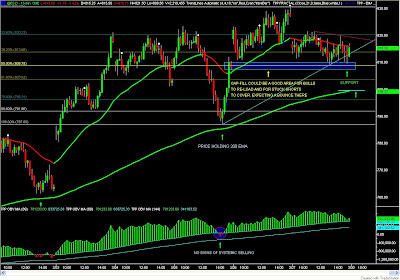